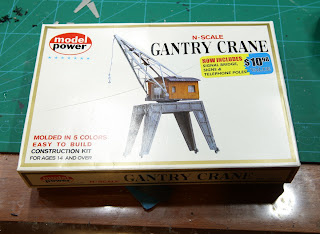 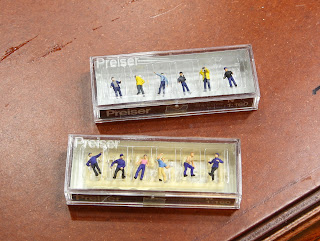 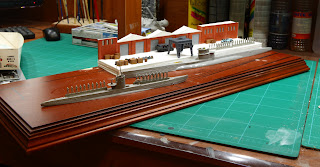 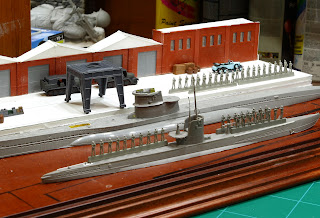 A dio idea based on the North Star resin figures  in 1/144 .Another Revell 1/44 uboat along side the pier will be loading torpedoes  as some high ranking officer is on th dock inspecting the crew , and another uboat just passing by with its crew also on deck.All the items (buildings, cranes, vehicles , crates Preiser figures etc except the 2 uboat models Revell and ICM ) are in N scale for railroad models which is around 1/160 pretty close  to 1/44 so no obvious problem there.The wall units are generic and can be bought as many as one wish and be constructed in any configuration imaginable.There are plenty more building which they can cret a far more busier scene , but due to scale the base size needed will quickly become too large .
Posted by Kostas at 12:26 PM