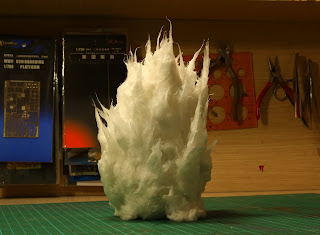 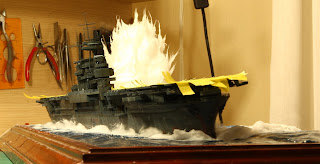 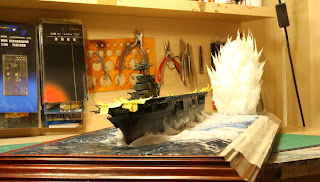 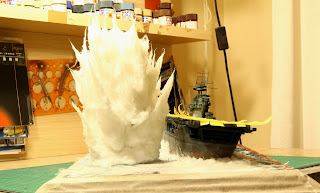 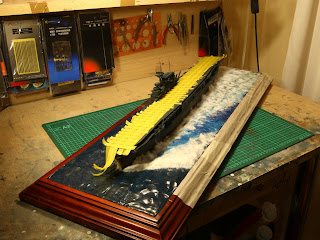 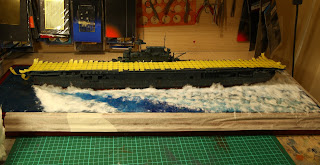 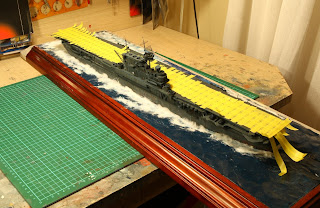 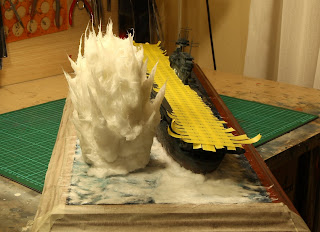 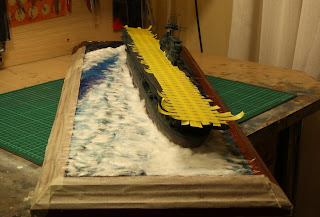 The explosion is made up (needs some trimming still) , and placed on the scene temporarily so i can figure out exact position and feel .
Posted by Kostas at 3:43 PM 1 comment: 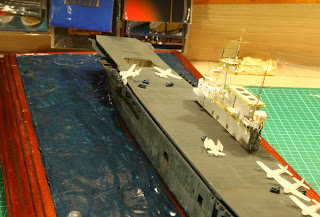 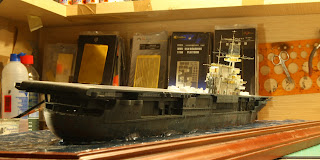 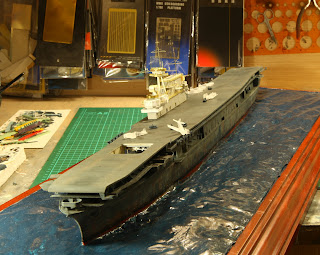 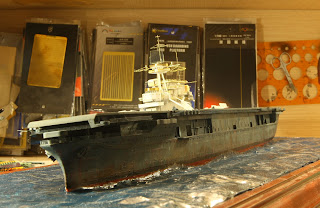 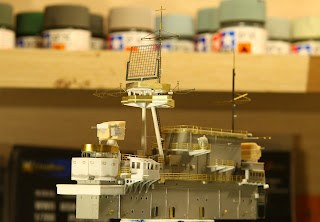 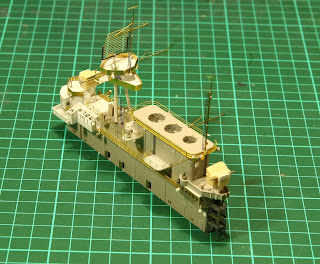 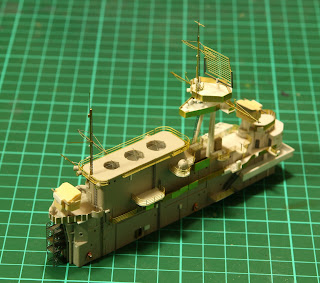 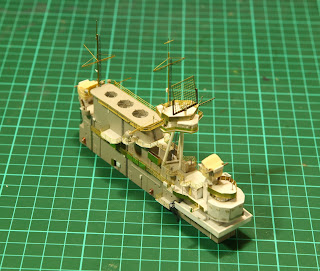 The scrachbuilt Enterprise bridge is now finished.This is the best i could do working with a few pictures as references.The ship is taking a hard turn to avoid a near miss, and the there will be a few planes parked and a couple crashed with lots of figures at the front of the deck .
Posted by Kostas at 3:49 PM No comments:

A quick side project ,the HMS Barham from the resin Pit Road kit. 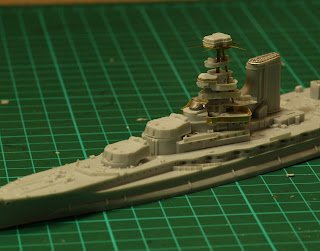 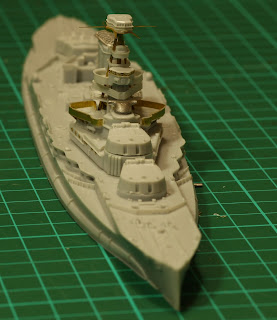 Posted by Kostas at 4:07 PM No comments:

The Enterprise as in the battle of Midway.I am using the Trumpeter Hornet , modified at certain areas to represent the Enterprise.There are a few differences on the stern and bow areas , but mostly in the bridge area.Unfortunately the resin Enterprise bridge i bought for this purposes is not so good , so i am only using it as a reference for my scrachbuilt/part Hornet kit ,bridge build up. Weathering still need the oil washes , filters, and some more rust marks etc.As the model will be in a dio just after or during an air attack from Japanese planes, i have placed a few sailors (not much will been seen once the deck is placed) and a couple of planes with some fire extinguishing equipment.Some smoke is planned to be added in places at a later stage. 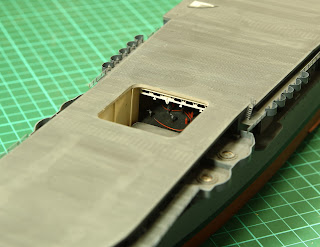 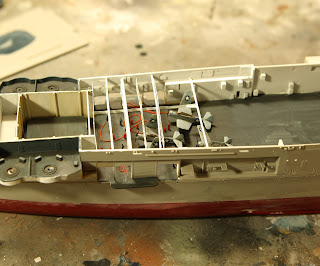 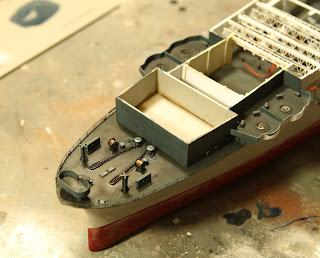 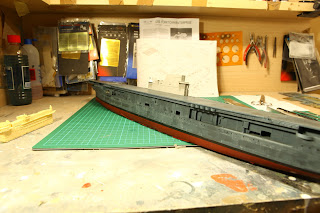 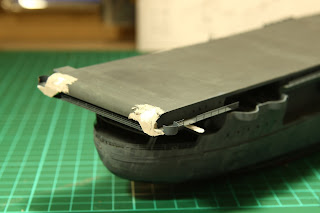 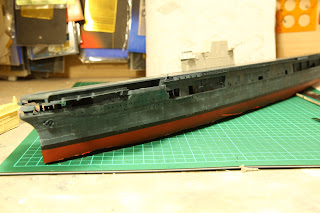 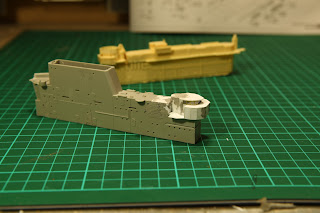 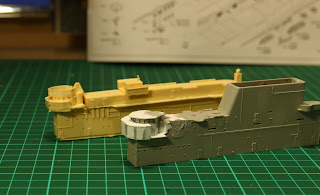 Posted by Kostas at 2:21 PM No comments: